What does GAZZETTA mean? 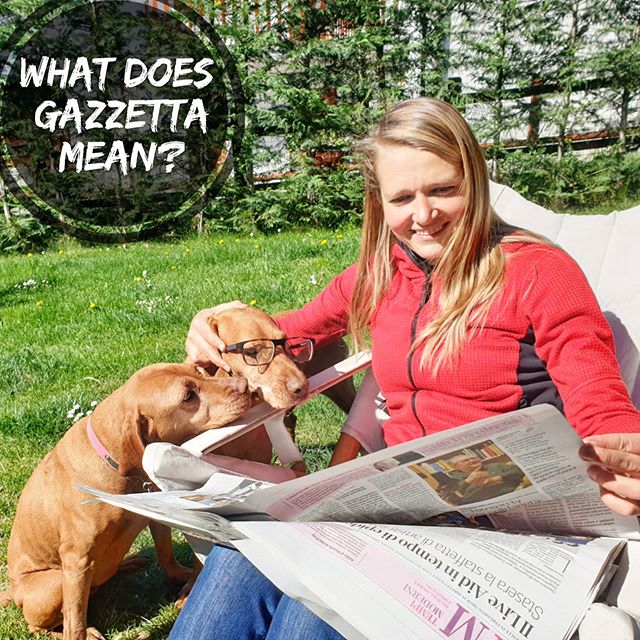 The first newspapers appeared in ancient Rome in the 2nd century AD.
The first newspapers Acta Diurna (Daily Acts or Daily Public Records), informed citizens of political and social happenings in ancient Rome, military victories, gladiatorial bouts and other games, births and deaths and even human-interest stories were inscribed on metal or stone and posted in areas with heavy foot traffic, such as the Roman Forum where free citizens met to discuss ideas, philosophy and politics.

The Venetian noun gazeta denoted a coin of small value minted in 1539, which may have been the sum paid either for the periodical or for reading it.

Popular etymology claims that the name of the news-sheet is from gazzetta, a diminutive of Italian gazza (Venetian gaza), magpie, this bird being regarded as typical of tattle.

In Venice appeared the first bureau for collecting information and the profession of “news writer”
The prosperity and profit of merchants depended on commerce, and the merchants tried to find out the latest news and incidents as soon as possible, because any news could affect sales.

More interesting stories about Italy during our tours in Aosta Valley