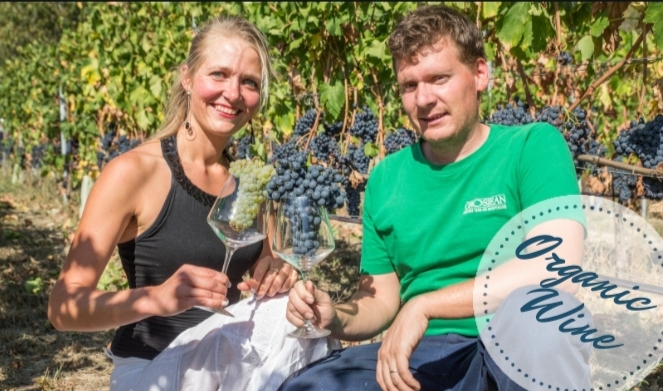 It all started in 1968 when Dauphin Grosjean began to bottle his wine... The grape varieties grown are the traditional Petit rouge, Fumin, Cornalin, Prëmetta and Vuillermin, together with Gamay, Pinot noir and Petite Arvine.

In 2011 started the new business philosophy: Biological conversion with certification. First and only Aosta Valley winery!

Work began on the modernization and growth of the company and the area of ​​the winery was doubled to accommodate 140,000 bottles produced for 17 different labels.
In addition to the philosophy of organic farming, that has been applied in the vineyard for several years, attention has always been paid to the soil, trying to increase the biodiversity of flora and fauna using only mature dung and mycorrhiza.

In the cellar the philosophy of the vineyard is influenced by using very little chemistry, in fact all the red wines are born from spontaneous fermentations and are produced with a very low content of sulfites.

The construction of a barrel not only functional, but also suggestive with a natural spring inside.

During the tasting tour he'll explain the characteristics and peculiarities of the wines, how they are produced and what would be their most fitting matches with food.
A fundamental stage of the tour is the one related to the visit of the various rooms where this process is carried out, from fermentation to bottling, in addition to the areas in which the wine is stored.