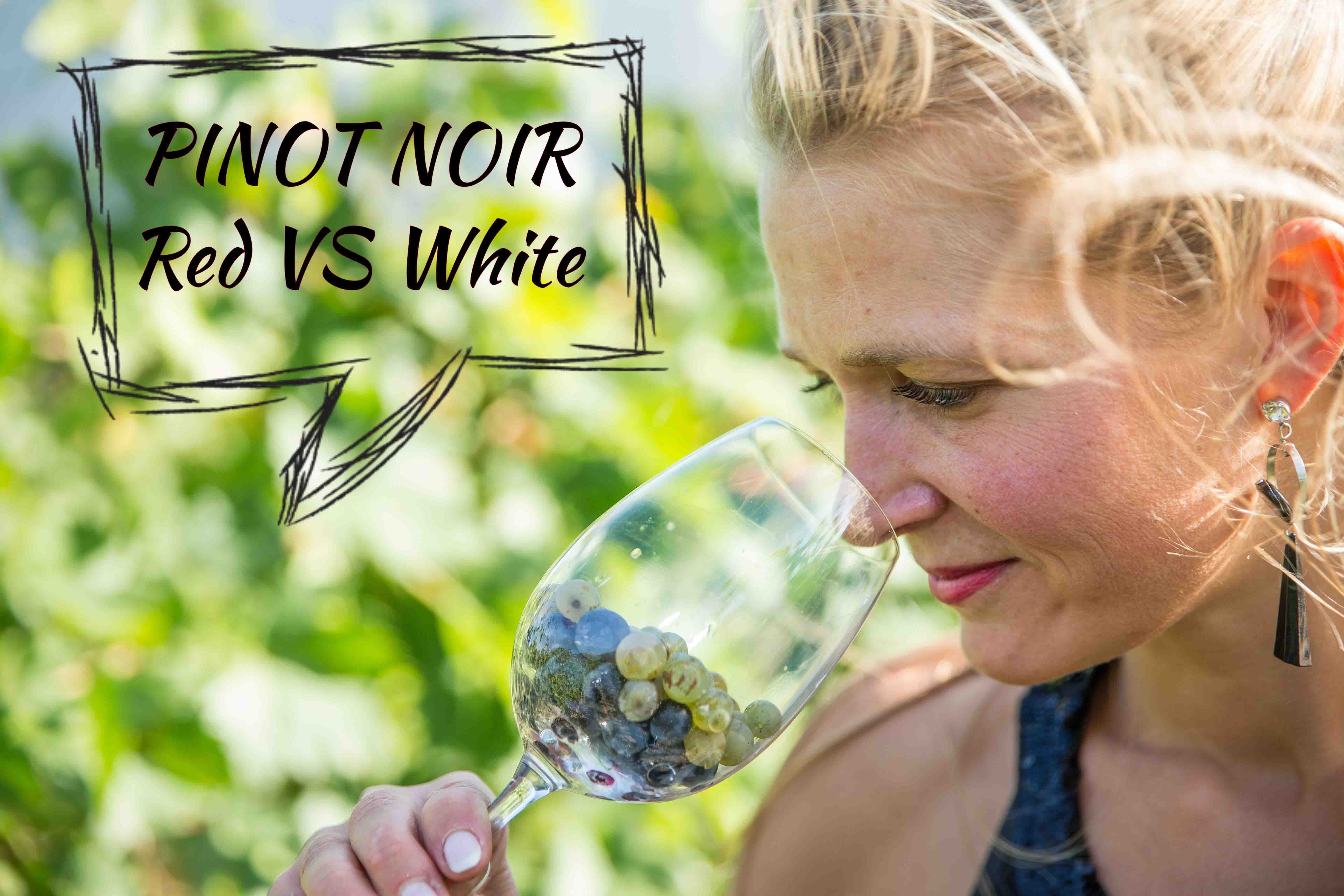 Pinot Noir comes from the French words for "pine" and "black". The word pine refers to the fact that the grape clusters are pine cone-shaped, and noir means black.

Pinot Noir happens to be one of the world’s most popular wines, and Pinot Noir grapes are some of the oldest grapes in the world, it was definitely around in more or less the same form it is today as far back as Pre-Roman Europe. The Romans found it in France two thousand years ago, and spread it around their empire, planting it in various outposts because they recognised it produced some of the best wines available.

In part, much of the early popularity of Pinot Noir is thanks to its continuing use by the Church and Catholic Monks. It was the wine of choice for Sacraments.

It is very thin-skinned, which makes it liable to get damaged in the vineyard. A picker who is not as careful as they should be may even damage the grape to the point where it cannot be used for wine at all. It is for this reason that it has been given the moniker of the “heartbreak grape”.

Pinot Noir likes cool climates. Its subtle flavors get “cooked" inside the grape's thin skin by too much heat and sun.

Pinot noir is a very versatile grape, it can be transformed to create not just red wine, but white, rosé, and sparkling wine as well.

If you were to cut open a Pinot Noir grape, you’d see that the flesh is a pale greenish yellow color. It’s actually the skins of the grapes that dye the juice a beautiful red hue, so if you want to produce a white wine with red grapes – the skins have got to be removed.

The wine press used to make white Pinot Noir is a special pneumatic press (used for white wine making) which crushes the grapes but filters off the skins and seeds. The remaining juice typically has a lovely, deep golden color.

Pinot Noir can actually contain a great deal of tannins, but only if the vintners use a clever technique called whole cluster fermentation. Grapes are collected and put into grape crushers which drop the entire contents of the crusher into a tank (skins, seeds, pulp, and all!). Because Pinot Noir is such a thin-skinned variety, it often gets extended time with its skins, in order to soak up as much of the red pigment as possible which give to wine astringency and ageability.

Because of its high acidity and low tannin content, pinot noir is light enough for grilled fish; but it is also complex enough to stand up to richer fare, such as roast chicken or beef stew.